Porcelain is a sound installation, sculpture and performance featuring five sets of thirty original, hand-made percussion instruments, a set of porcelain water-pipes and hundreds of suspended porcelain shards, built and designed by the composer and performed by Slagwerk Den Haag with special guest Susanna Borsch. The objects explore acoustic pieces including disks, bowls, tubes, and irregular shapes and the subtle differences of sound found in each in relation to pitch, resonance and amplification. The instruments were commissioned by Slagwerk Den Haag and were built at EKWC The European Ceramic Work Centre wherein the composer underwent a three month residency. Here she learned how to wield clay, mix and construct porcelain and build and design plaster molds. Working intensively during that period, she constructed hundreds of porcelain musical objects.

The composer’s interest in porcelain as a musical material came about soon after arriving in The Netherlands 2002, searching for ceramic museums and factories to engage with Dutch history and culture. The China Trade coincides with the rise of the iconic Delftware, depicting Dutch scenes of life intricately hand-drawn details in blue designs upon vases, tiles, plates, cups and jars. The sound of porcelain objects when pinged is delightful. By gently the flicking the surface of a piece of porcelain, the object emits a pure pitch like a bell. The sound of the ping indicates the purity of the material, its shape, how large it is and how thick its walls are. Well-made porcelain has a beautiful sound, whereas any crack or impurity in the material causes the ping becomes a thud or a rattle. Large objects tend to have a deeper pitch, yet the thinner the wall of the object, the lower the pitch due to the resistance of the material. Information about the quality of porcelain, carried by the sound of the object is a critical part of the technique of porcelain making.

Inspiration for the performance installation comes from the exploration of the cyclical passing of Time, temporal, conceptual, philosophical and mythological. Time through history can be marked by the passing of generations. Archeological sites reveal the intimate secrets of our ancient ancestors through thousands of pieces of broken pottery recovered from the ground. Piecing together these pieces can be likened to reconstructing a jigsaw puzzle, one of long forgotten civilisations, places, memories and stories. A klepsydra was an ancient water-clock made of alabaster. As water seeped through its surface, images of deities depicting the planets and decan stars became visible corresponding to the passing of hours held in the heavenly bodies. Saturn, the slowest planet to make its cycle across the sky, with sidereal orbit of 30 years, came to represent Time itself. Saturn, the melancholic Roman god of generations, a hooded grim-reaper, devours youth and life and plants the seeds of new life in return. Cyclical in nature, the rings of Saturn remind us that all that goes around comes around.

The Cassini Space probe embarked on a journey in 1997 to observe the rings of Saturn. Saturn’s rings were revealed to be many thousands of shards of glassy material of minerals and rocks reflecting light from the sun. Like the pieces of broken ceramics recovered from earth by archeologists, the broken splinters of Saturn’s rings reveal the ancient history of the planet itself. The images, taken by Cassini before meeting her death on the 15 September 2017 by plummeting into Saturn’s atmosphere, allude to the suspension of time as broken shards drift in rings around the iconic planet’s gravitational field as though the broken pottery remains hidden beneath our feet, cold and dry, encased in earth had been extracted by Time itself and immortalised in the heavens, encapsulated in a giant celestial clock. 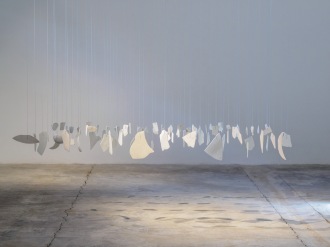 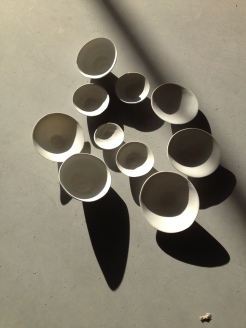 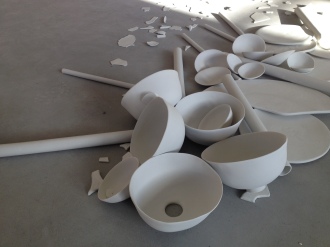 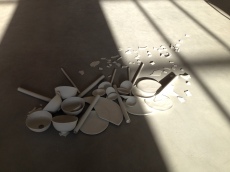 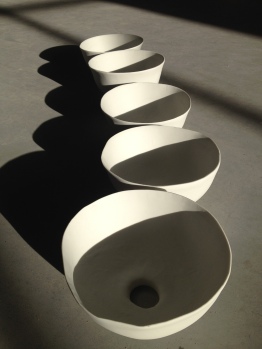 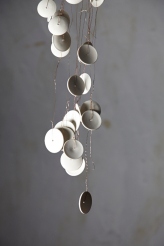 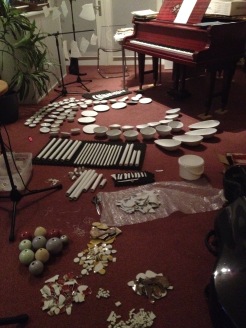 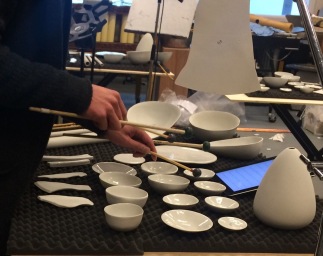 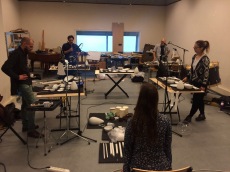 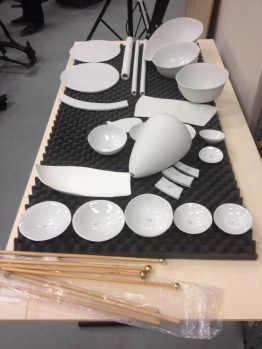